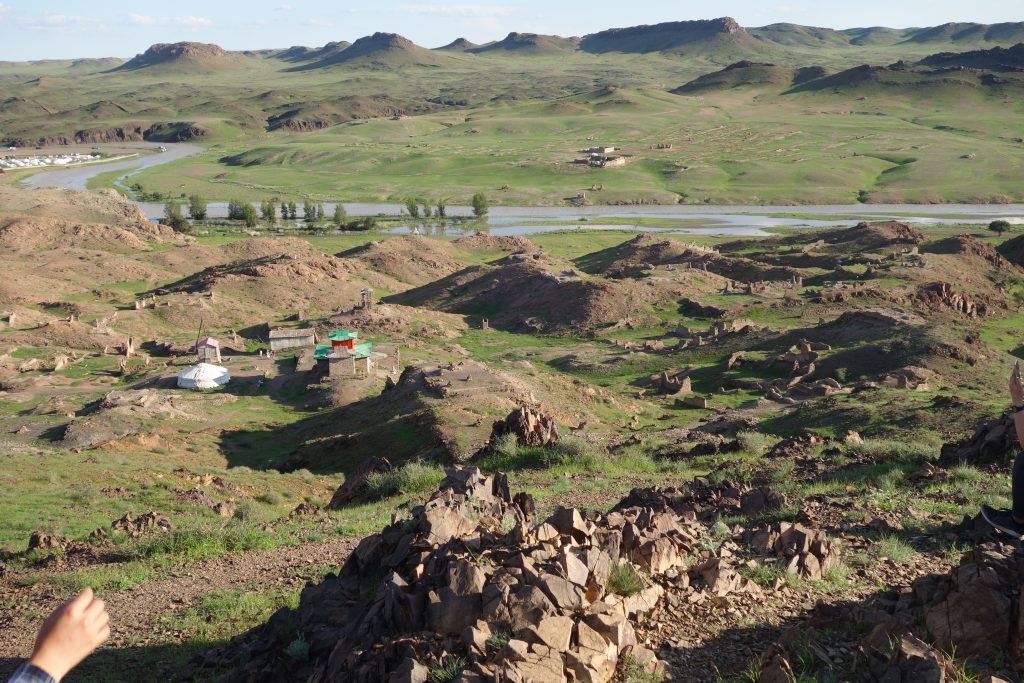 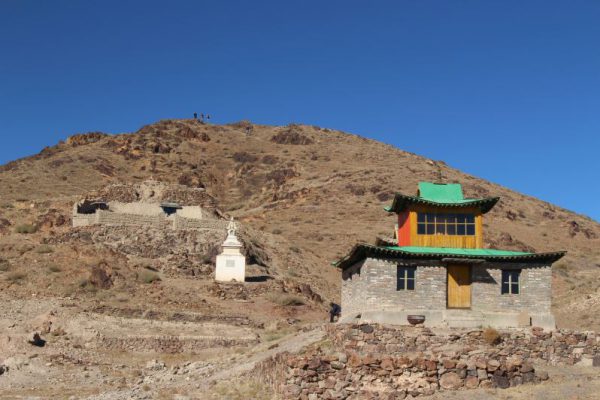 Ongi Monastery is located at the foot of Mount Saikhan Ovoo, near the village of Saikhan Ovoo in the province of Dundgovi. This monastery was one of the largest and most respected monasteries of Mongolia before its destruction in 1939 by the communist authorities.

It was built in 1660 and is composed of two sites, one in the North, and the other one in the South of the Ongi River.

Khutagt, in the South, is the oldest one. We could find many administrative buildings and eleven temples. Barlim, in the North, was built during the 18th century. It housed 17 temples, and one of them was the largest of Mongolia. Four Buddhist universities were also housed in the monastery. When it was at its peak, the monastery could greet until 1000 monks at the same time.

Khorloogiin Choibalsan conducted the complete destruction of the temple in 1939.

200 monks were killed and many survivors were jailed or forced to enter the communist repression army. Other monks could escape and became breeders or workers. The water of the river was diverted to supply the local mines owned by the government. The river was dried up, which forced the local population to leave the place. The Ongiin Khiid then seemed to be about to sink into oblivion.

Nevertheless, when the communist power fell in 1990, three monks who had begun their Buddhist education in Ongiin Khiid sixty years earlier.

And decided to go back there. Slowly and patiently, these monks built new foundations on the old ruins in order to restore Ongi Monastery  and to revive Buddhism in Mongolia. Today one temple has been completely rebuilt and two little museums have been set up inside some yurts. We can find a collection of objects, traditional religious items, and some architectural elements of the original monastery. Explore Ongiin Khiid and travel Mongolia with us.   Gobi Tours